As you struggle to survive in a war-torn country filled with turmoil and chaos, you find yourself in the midst of an all out civil war. A once proud country is shattered into thirteen starving states fighting for their survival, and you realize the fate of your country’s destiny lies in the palm of your hands. You must take to the field in an attempt to defeat the enemy and restore peace.

Command the land, skies and sea. Orchestrate an offensive attack through 30 unique missions, each one coming alive in beautiful 3D environments with highly-detailed terrain and dynamic visual effects. With an arsenal of 15 army divisions and 11 commanding officers to choose from, the power is yours to outwit the enemy at every turn.

Annihilate the enemy and gain the respect it takes to become a heroic Field Commander!

Turn-Based Strategy: Take to the field and guide your division to victory by outsmarting, outmaneuvering and outgunning your opponents.

Single-Player Campaign: Delve into the game’s engrossing story while combating an enemy over 30 unique missions.

4 Multiplayer Modes: Compete to be the ultimate leader with 4 different multiplayer modes to choose from – Hot Seat, Adhoc, connect with other players through SOE’s matchmaking server, or take turns using the play-by-email mode.

15 Army Divisions: Rule the ground, sea and skies by mastering the selectable army divisions at your disposal through the use of their specialties, unique play styles and powerful attacks.

Shrewd AI: Match wits with an increasingly clever enemy and survive the day to become triumphant.

Create Missions: Aspire to greatness by creating your own missions and uploading them to be enjoyed by all players. 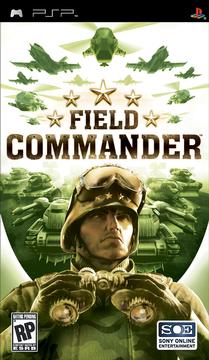